On September 17 and 18, 2022 in Campagnola di Zevio (Verona) the first hamlet festival dedicated to families was held.

A Festival strongly supported by the City of Zevio and also sponsored by Verona Lamiere S.p.A.
In May 2022, the municipality of Zevio dedicated a playground near the Pio XII elementary school in memory of the seven- and nine-year-old children from Campagnola di Zevio (VR) who passed away in 2017, Samuele Tomelini and Diego Vargiu.

The parents of little Samuel formed the association in memory of their son, and always in his memory they decided to start the first festival in the hamlet.
The proceeds were donated to the « school project » promoted by the newly formed Campagnola association « The smile of Samuel ». 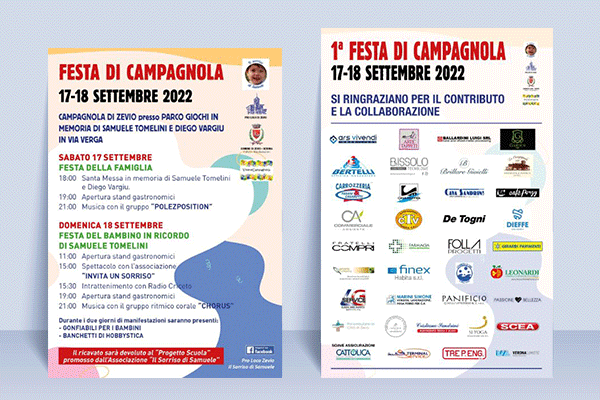